Eyelander is an online game for children and young people with visual field loss caused by problems with how the brain processes vision. The visual field is the entire space that a person can see around them without moving their eyes. If areas of the brain that are involved in processing vision become impaired due to injury or some other factor it can result in a partial or whole loss of the visual field.

The game incorporates behavioural therapy and is designed to improve a user’s speed and accuracy when finding objects. Users can play the game on any (modern) web browser, with a mouse and keyboard, and on a range of mobile devices. 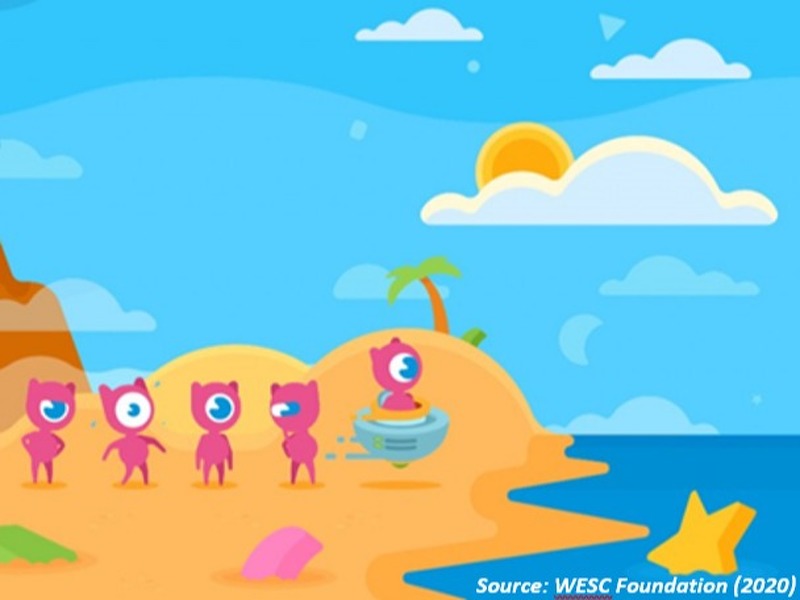 Who is Eyelander for?

Eyelander was designed with and for children and young people with visual field loss caused by brain injury. Common causes of this type of visual field loss are hemianopia (loss of vision to one side) and cerebral vision impairment (difficulty in processing and interpreting visual information). Playing the game does require some functional vision and some simple computer skills.

Why is Eyelander useful for people with visual field loss?

It is not anticipated that playing Eyelander will improve a user’s visual field but it is expected it will improve functional vision by changing the way a user, over time, move their eyes when searching for objects around them. There is good research evidence that completing lots of visual exercises such as those found in Eyelander can improve performance on everyday tasks such as finding objects on a crowded desk or moving around more safely in a busy environment. The published research findings from the Eyelander project support this, with research findings demonstrating that children and young people with homonymous visual field loss who engage with gamified training such as Eyelander can improve their functional visual performance outcomes with less of a time commitment than existing forms of non-gamified training.

About the Eyelander Project

A public version of the game is available to play for free online, simply click here to access the game or visit https://www.eyelander.co.uk/